Homelands began as an ambitious and utopian idea of building a mountain/sculpture with local youth. We hoped that building the mountain will be a unifying factor and symbol that will embody the idea of a united community and society that stands beyond the categories of gender, age or origin.
“A mountain is a large landform that stretches above the surrounding land in a limited area, usually in the form of a peak without standard or one model.”
The project showcases an idealistic sculpture of a mountain, four meters high, which is located in the backyard of the Israeli Center for Digital Art. The “material” for the construction of the mountain was taken from the ground nearby meaning shovelled in a circle like digging and moving sand and soil from one side to another making a positive/negative of landforms. The mountain was built in 8 days using only one metal wheel barrow and a few shovels and hacks and the work of children and youth that came to work, out of their free will and time with group effort and belief in the idea.

(Part of the Exhibition text by Tal Gilad)

In Collaboration with Tal Gilad and the Youths of Jessy Cohen
Final performance of flowering the mountain in Collaboration with Maria Lucia Cruz Correia (Portugal) and Mark Požlep
Produced by:
MG ML/City Art Gallery, Ljubljana
The Israeli Centre for Digital Art
Embassy of Slovenia in Israel 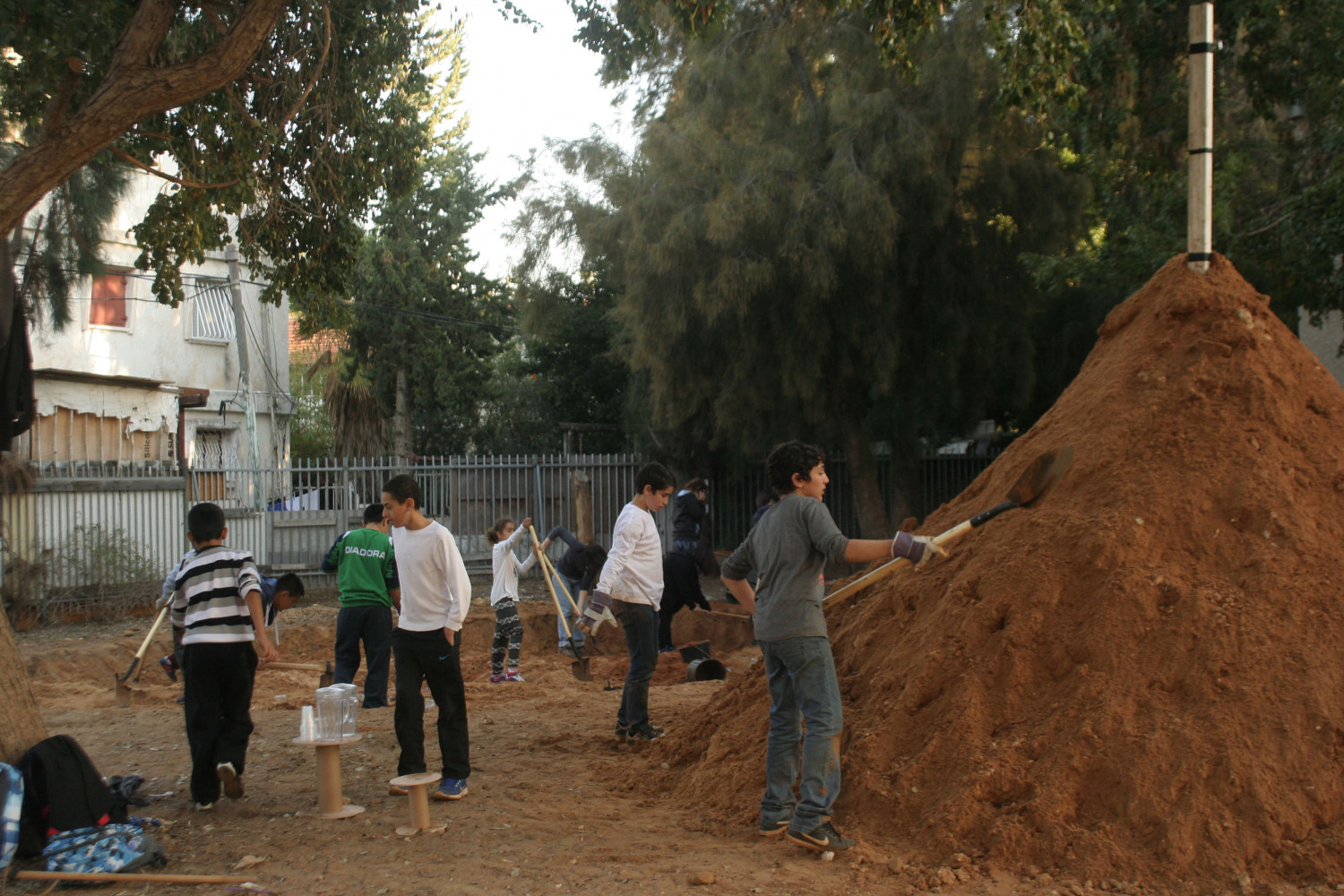 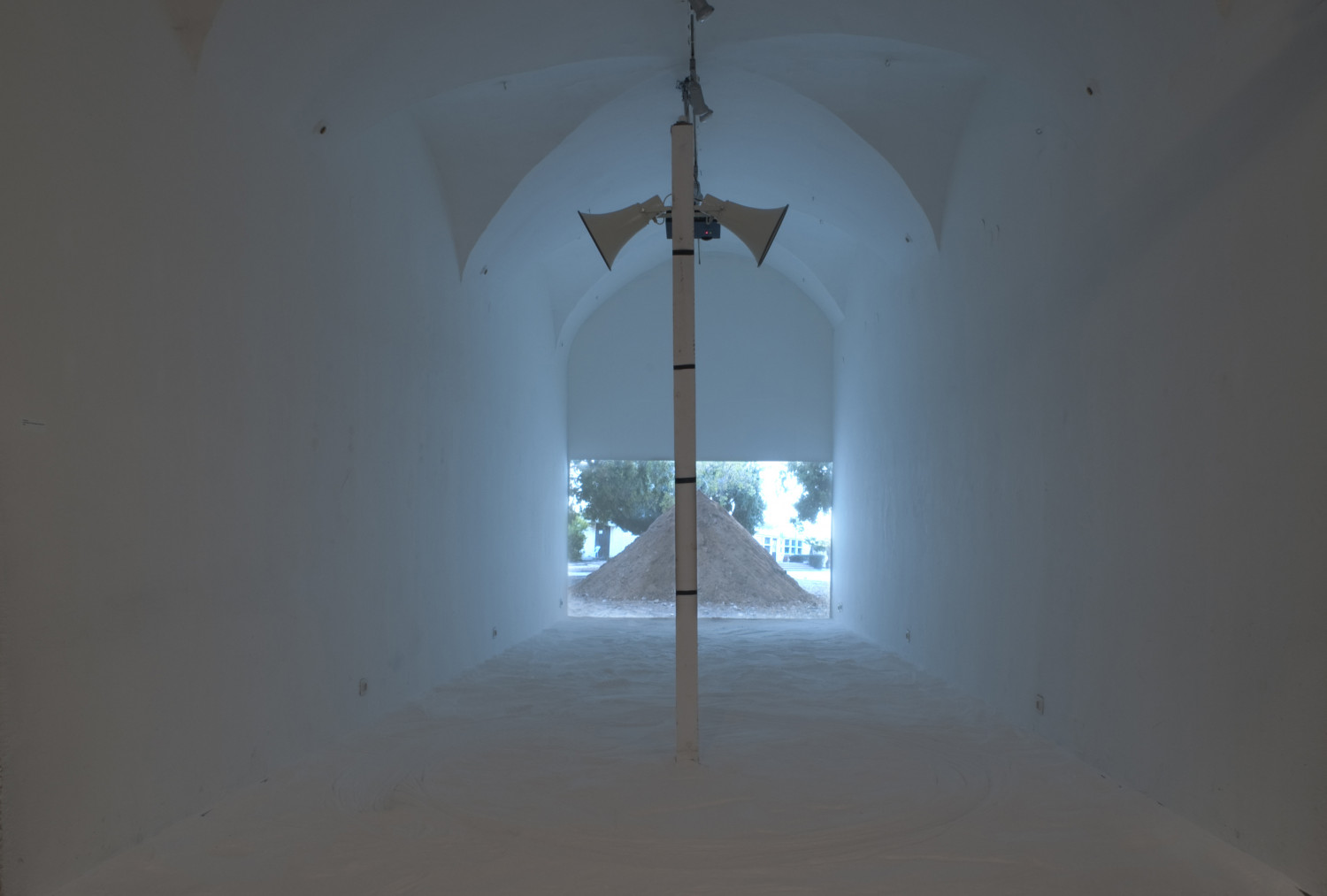 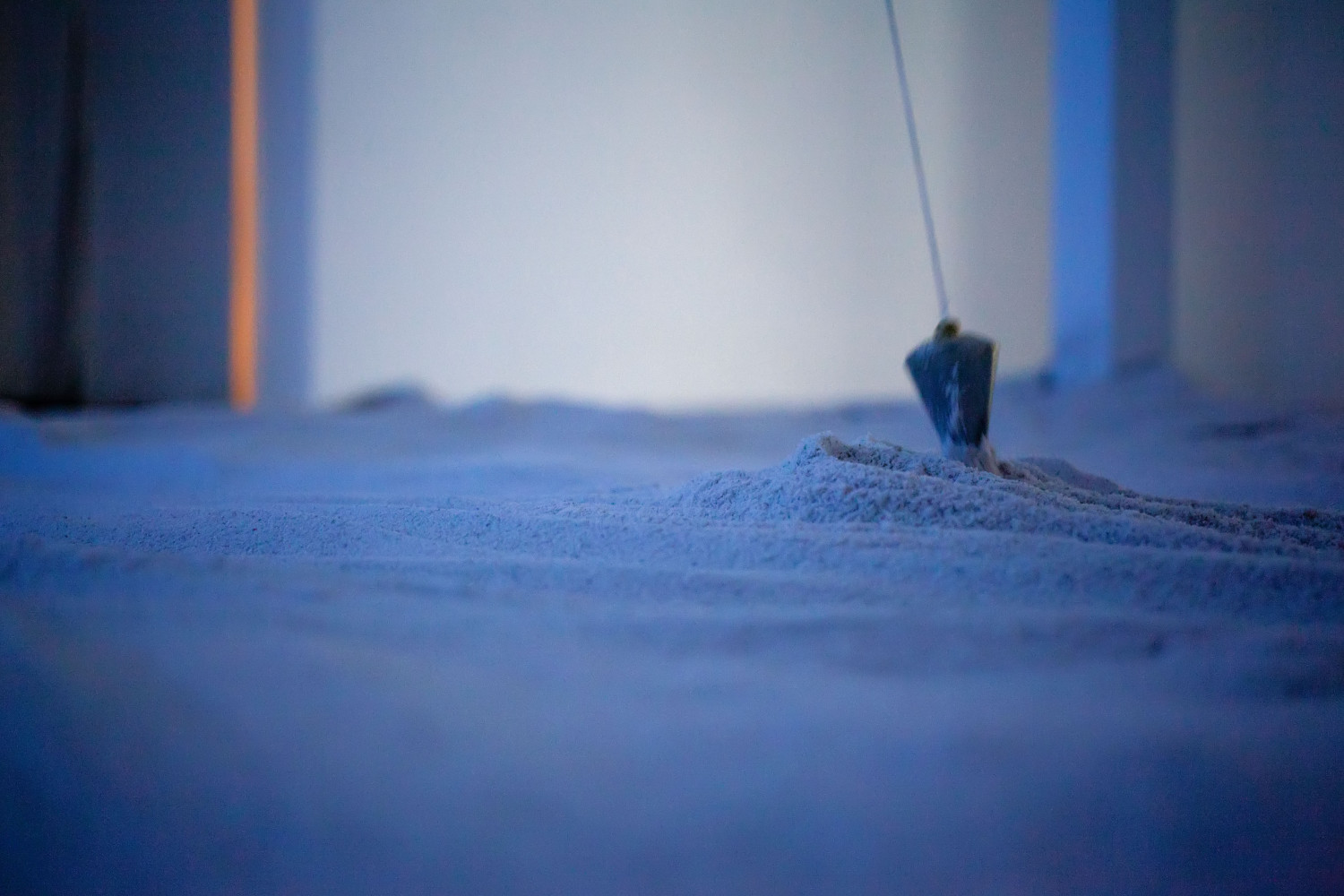