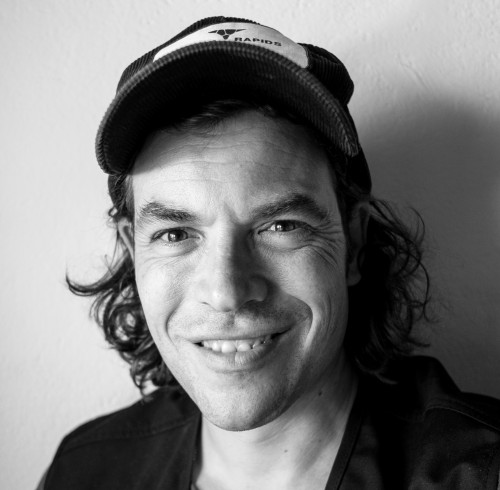 Born 1981 in Celje (Slovenia). In 2006 he graduated from the Academy of Fine Arts at the University of Arts in Ljubljana (Slovenia) where he also received his MA degree from the Department of Video in 2009. In 2019 he graduated from HISK in Ghent (Belgium) where he currently lives and works, even though his journey based practice makes him a citizen of the world. Mark is a storyteller drawing on popular culture and current events to perform tales about historical personalities, literary protagonists, characters from film and figures from various social groups. He is acutely aware of the sensitive nature of the materials he turns into stories, which he effortlessly interprets using whatever media of presentation, giving primary consideration to image vs. video, performance vs. play and classical gallery displays vs. theatre staging. He takes us into a world composed of documentary materials, lived experience, spoken word as well the unconscious and the elusive, but without creating an atmosphere of mystery. Požlep transmutes his own reality into the reality of each one of us with incredible lucidity. He propels us into a realm where his stories make reality more bearable, a realm in which childlike yearning and enthusiasm fuse and transform into spirited anecdotes full of unforgettable exploits. He is an adventurer, a tireless explorer and an incorrigible idealist. He is playful yet utterly serious, precise yet unpredictably clumsy. And even though he keeps returning to the canvas and the brush, his faithful allies, his spirit refuses to be confined to the safe space of his atelier. Being an excellent navigator both at sea and through the contemporary world he navigates both creating awareness about issues of power, minority ethnic groups and cultures in the shadow.